The latest episode of the History Hub podcast series features a lecture by Professor Alan Knight (University of Oxford). The lecture, ‘Workers and Peasants, Liberals and Jacobins: The Mexican Revolution in Global Perspective‘ was the keynote at the ‘2016 Globalizing the History of Revolutions Conference: Revolutions in the Age of Acceleration’.

Speaking about his inspiration for organising the series Dr. Jones said: “Like many of my colleagues here in Dublin, I wanted to try and think about ways in which we could insert Irish history into broader global contexts. I wanted to see ways in which we could think about how the history of revolutions, and the many cases of revolutions in the late nineteenth and early twentieth century, could be connected, compared and contrasted, and to try and discover ways we could think about new approaches to the development of global history using the history of revolutions as a subject matter that would bring both global and political history closer together….Alan Knight was asked to talk about how global approaches to the past might change our understanding of the Mexican Revolution and its place in twentieth century history”.

Alan Knight is Emeritus Fellow at St Anthony’s College. He was Professor of the History of Latin America at the University of Oxford from 1992 to 2013. His chief interest is twentieth-century Latin American history, with a focus on Mexico, agrarian society, state-building and revolutions. He is the author of The Mexican Revolution (2 vols, Cambridge, 1986) for which he was awarded the Albert Beveridge Prize and the Bolton Prize.

His many publications include US-Mexican Relations, 1910-40 (San Diego, 1987); a chapter on Mexico in The Cambridge History of Latin America (Vol. VII, 1990); and of two volumes of a three volume general history of Mexico, Mexico: From the Beginning to the Conquest, and Mexico: The Colonial Era (Cambridge, 2002). In recognition of his work he received the Order of the Aztec Eagle from the Mexican government in 2009.

Photos from ‘Revolutions in the Age of Acceleration’ (Real Smart Media). 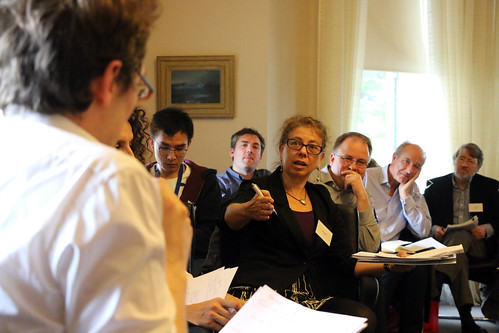 The perils of adolescent activism during the Irish Revolution

The Irish at Gallipoli – Episode 4: The August Offensive (Sari Bair)

The Origins of the First World War